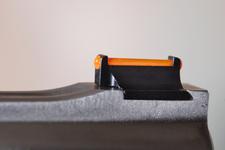 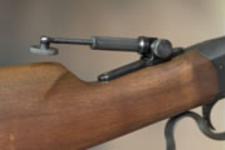 Unidentified Marble employee is immortalized in this 1909 postcard demonstrating that the Game Getter is everyone's gun. 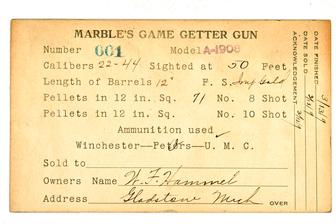 History of the Game Getter Gun
​

The Game Getter’s finish was breathtaking.  Grip frame, breech block and barrels were rust blued in the style known as National Armory Bright.  Screws were highly polished, then gas oven heated to a deep sapphire.  Color case hardening left hammer and striker with unique patterns of red, amber, and blue.  The stock’s nickel plate was mirror bright; glistening black rubber grips set off the whole.  It was, more than one customer said, “A beauty.”

Pre-advertising sold nearly 500 guns before the patent was issued.  Assembly began ahead of schedule and the first guns shipped were marked PATENT PENDING.​​ 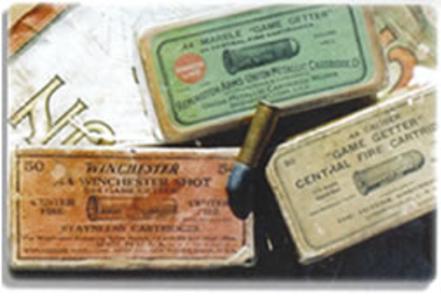 Envelope stuffer circa 1910, said it all: bag small game, big game, and defend against predators with the same gun. 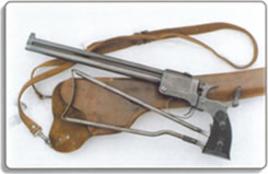 Game Getter ammunition was made by all major U.S. brands and some foreign.Type your paragraph here.

Operation was simplicity itself.  Pulling the trigger guard to the rear opened the breech.  Automatic extractors pushed empties up in easy reach; reloading was a snap.

The large center mounted hammer had a selective striker with three positive stops:  up for .22, middle for Safe; down for .44.  Parts were large and easy to handle even under difficult conditions.

The lightweight tubular steel stock folded up for carrying, down for pistol shooting, or out for firing from the shoulder.

Sights were the best Marble made.  The A model came with a gold bead front, folding middle, and specially sized Marble’s Flexible Joint Rear Sight mounted on the tang.  Model B did not include the tang sight but was drilled and tapped for one.

Slung across the shoulder, tucked under one arm, the top grain leather holster (included) held the Game Getter comfortably out of the way until needed.  A dove tailed wood box suitable for storage completed the outfit. 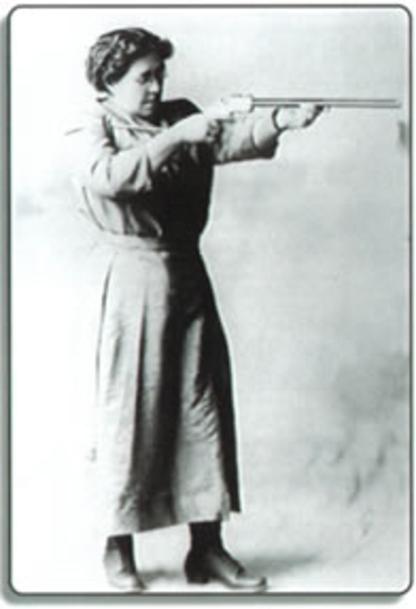 Marble's tang sights were made to fit a wide variety of guns. Far left is for the Game GetterType your paragraph here. 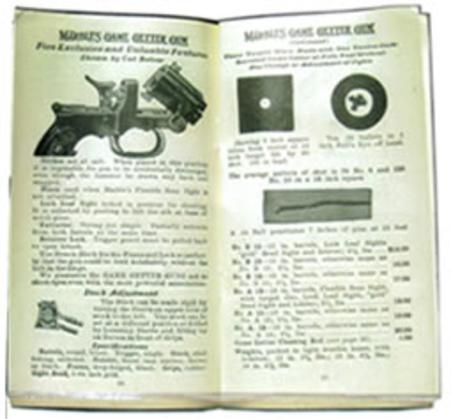 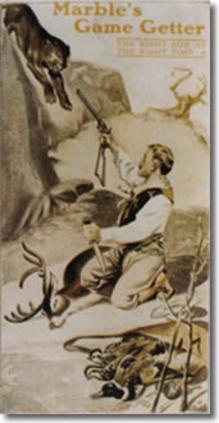 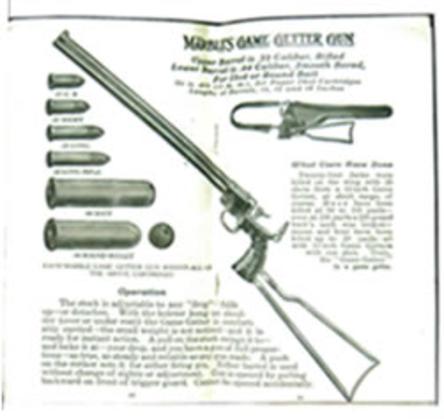 Equipped with….a Marble Pocket Axe, Recreation Waterproof Pocket Match Box, and a Marble Compass…one might cross and recross a continent without a guide.By 1909, when the Marble Safety Axe Company introduced its Game Getter Gun, Webster Marble was already famous for his inventive genius.  The new gun became his masterpiece.

A diehard minimalist, Marble believed most outings were spoiled by poor equipment and too much of it.  Of his own products he said: "Equipped with….a Marble Pocket Axe, Recreation Waterproof Pocket Match Box, and a Marble Compass…one might cross and recross a continent without a guide."

But why no gun?  According to the inventor, everything he tried during three decades as surveyor, trapper, and timber cruiser was too cumbersome or too fragile.  In fact, for lack of a gun, he once used his axe to fend off a hungry lynx.

Looking for the perfect firearm, he tinkered for years.  From early patents and prototypes it is clear he wanted three things, light weight, multiple calibers, and absolute reliability.

By 1908, he had what he wanted and filed patents for a folding shoulder stocked double barreled pistol in calibers .22 and .44—at a mere 2 ¼ pounds.

The upper barrel was chambered for .22 short, long and long rifle.  The under barrel, a smooth bored .44, could handle shot or ball. 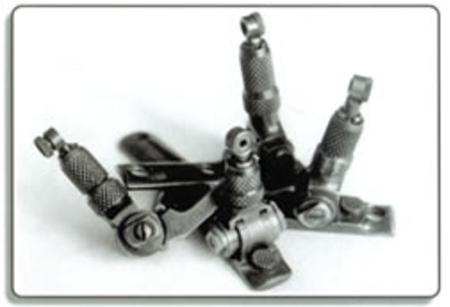 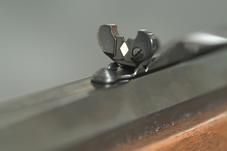